Grammy-winning girl group TLC, who stopped in Vegas last month for their “I Love the ’90s” tour, their nostalgic fans not only want to hear their favorite hits but want to see iconic outfits from past music videos.

“The one thing I use for inspiration is to try to create something people want to re-create for Halloween — that’s how you know it’s good,” said the group’s costume designer, Brea Stinson, who reimagined TLC’s futuristic wardrobe in 1999’s “No Scrubs.”

“They are Michael Jackson fanatics, so I tried to bring in Michael Jackson’s ‘Bad’ era mixed with the [all-black] look from ‘No Scrubs’ — it’s a hybrid but recognizable to TLC’s aesthetic; sexy but a little bit of a tomboy.”

Tionne “T-Boz” Watkins and Rozonda “Chilli” Thomas (third member Lisa “Left Eye” Lopes died in 2002) played to an audience at the open-air Downtown Las Vegas Events Center, which Stinson said presented challenges because alterations had to be made to adjust for the sweltering heat. In fact, one week ahead of the Vegas show, Thomas suffered dehydration while performing in Concord, Calif., at an amphitheater, Stinson recalled.

“This year’s costumes are made of vegan leather and satin, with lots of hardware,” Stinson said, adding that changes such as swapping leather for all-satin jackets and short-sleeve versions of the costumes in lighter fabrics were made. “We create sex appeal and a cool factor; they still dance like it’s 1992.”

Watkins and Thomas wear only one costume throughout the tour — mixing the look with Isabel Marant hiking boot sneakers in black with a natural gum sole and New Rock combat boots in black with silver accents.

“We have to make sure [the shoes] have grips because they dance so much, and you never know the condition of stages,”Stinson said. “Another important factor is ankle support, so sneakers will be a high-top and boots will be a midcalf silhouette for ankle support.”

Some other strategic measures the costume designers took with footwear include lacing and fit. “If Tionne is wearing a high-top or boot, then we tie it around her ankle instead of lacing it — we take it and go around the ankle for added support and double-knot it in the back to make sure it doesn’t come undone. I double-knot Chilli’s laces twice in the front.” 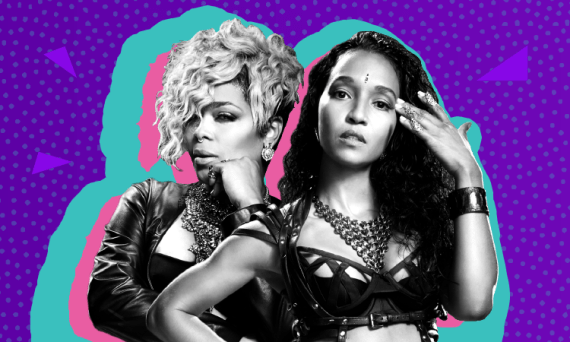 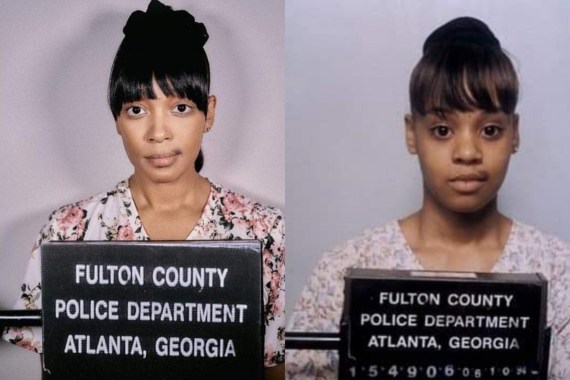