T-Boz and Chilli decided to do something they never do to end 2017 – they worked during the holidays – in the cold – just for the fans!

Singer/actor Tyrese and rapper Jeezy perfomed prior to the girls to get the crowd warmed up on such a cold night, ready to celebrate the infamous peach drop into 2018!

TLC, who were rocking brand new custom made outfits (extra padded due to the freezing cold temperature outside), turned up the heat as they opened up their set with their hit “Diggin’ On You“.

The girls went on to perform all of the favorite’s, from “Creep“, “No Scrubs“, “Unpretty” and “Waterfalls” to new material from their latest self-titled album, in the form of “Way Back“.

At one point, T-Boz began excitedly chanting “this is our home town!“, whilst she and Chilli both told the crowd it meant a lot to them to be performing in Atlanta on New Year’s Eve.

Despite the plummeting sub zero temperatures, the ladies didn’t miss a beat, and even playfully suggested to skip songs because it was so cold, but they soldiered on through.

The show serves as a taster of what to expect from the upcoming TLC world tour, which kicks off at the end of January in Australia. Dates in Japan and Europe are to be announced soon.

Judging from the energy the girls gave us at the Peach Drop event, we’re sure the world will not be disappointed! 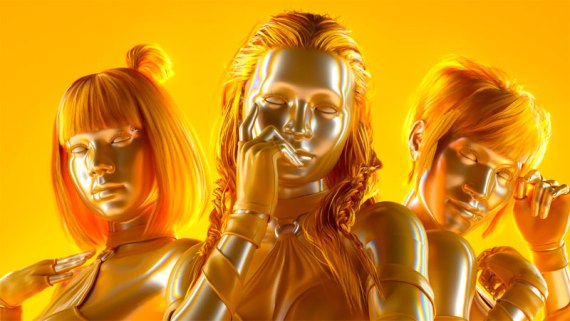