One of the best achievements of Marvel’s ’90s-set Captain Marvel is the film’s ability to tap into that zeitgeist of the the decade without making it feel like frivolous nostalgia.

The first title film for a female superhero in the MCU succeeds in capturing an era when acts like Garbage and TLC and No Doubt were challenging the testosterone-heavy dominant sound of the early decade.

Captain Marvel makes use of one of TLC’s biggest hits, “Waterfalls.” This 1995 single was a perfect storm of radio-friendly grooves under poetic and timely lyrics highlighting the AIDS crisis, gang violence, and drug addiction.

It was particularly bolstered by its million-dollar music video directed by filmmaker F. Gary Gray, which visualized the song’s dramatic themes and had the group transform into literal waterfalls via some then-cutting-edge Terminator 2-style CGI.

Captain Marvel features far more advanced visual effects and less real-world drama, but its use of the song as Carol Danvers and Nick Fury drive into the desert toward danger feels nonetheless appropriate.

That is AWESOMENESS!!! I cant wait to see it with @timeflybye97 https://t.co/d73XEnrzcJ

These are the songs featured in Captain Marvel:

“Only Happy When It Rains” – Garbage

“Come As You Are” – Nirvana

Captain Marvel is out now! 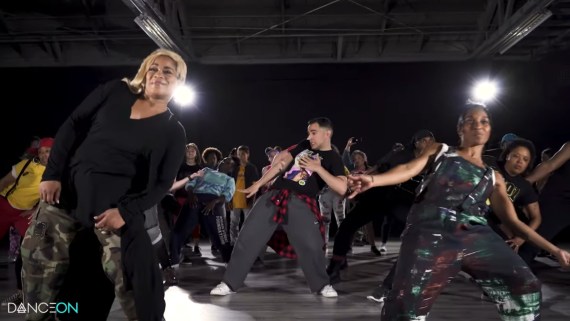