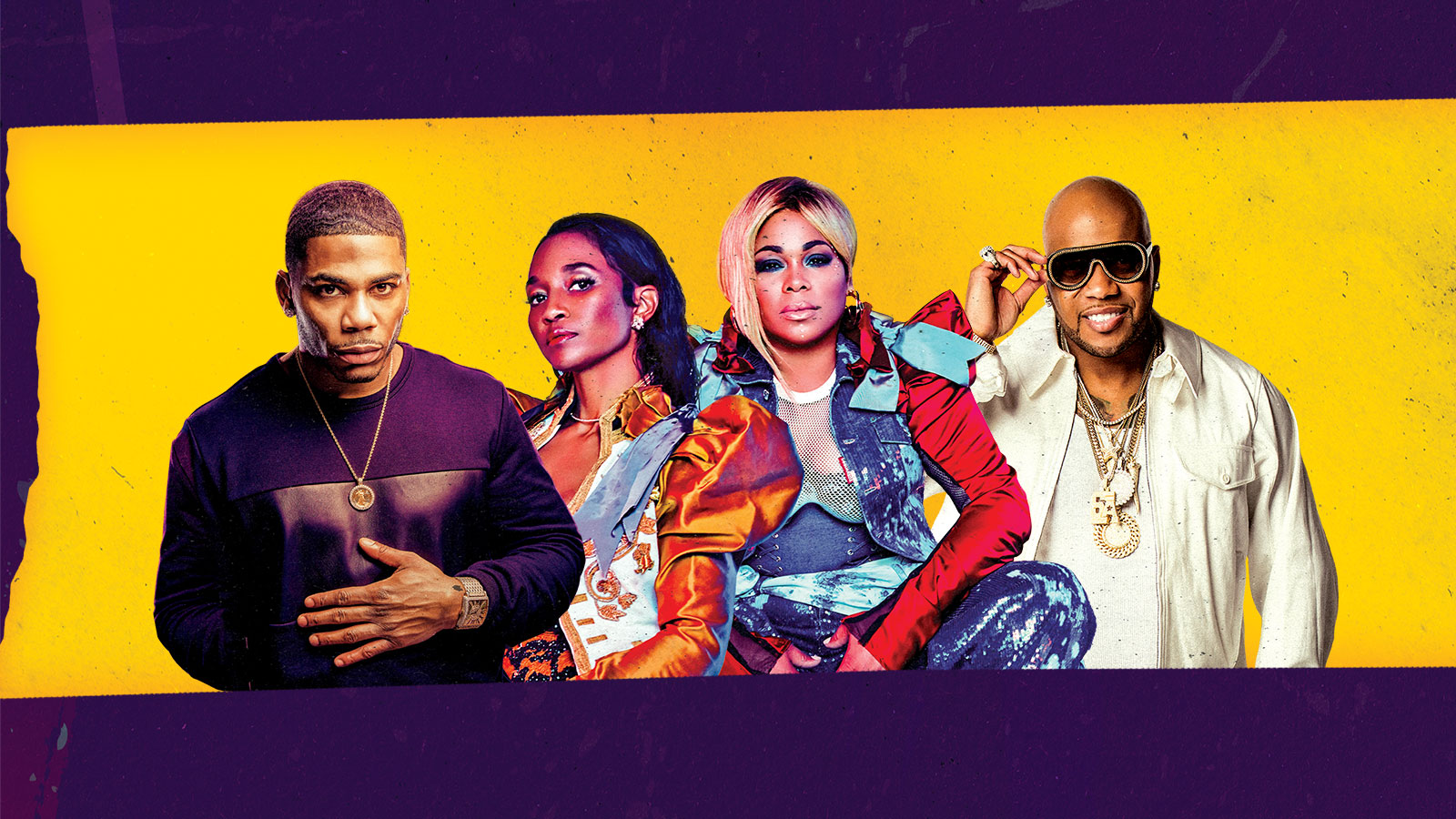 TLC spill on some of the embarrassing moments that have happened to them while on tour or a live performance!

Speaking to ET! Live in May, T-Boz and Chilli reveal some of those moments along with their current Live Nation touring partners, rappers Nelly and Flo Rida.

Nelly: I sang the whole verse of the song, twice! Back to back on stage!

T-Boz: They be like ‘that’s the second verse twice!’ (Whispers) Shut up!

Nelly: But the thing is, if you ever have the pleasure to have been in this thing for as long as we have, and the success, you’re gonna forget some things! Snoop has a teleprompter!

T-Boz: I remember mostly everything I sing, but we don’t sing the one’s I don’t remember! Okay?

Ever Been Injured On Stage?

T-Boz: I’ve had some sprains.

Chilli: I have too.

Nelly: I fell off the stage! They had these speakers set up, and I thought they were set up the same on the other side, and I had on sunglasses so it was dark. So, we look for the neon tape on the stage. On the other side, I thought I saw the tape, but the speakers were in a triangle, and there was a hole right there set up in triangles. And I went, straight down!

T-Boz: Did you get hurt?

T-Boz: I fell one time, but you just gotta get back up and act like it don’t hurt, but you be dying!

Nelly: You be sore. Sprained my whole front shin up.

T-Boz: I’ve never done that in TLC, though. I fell in a play of all things.

Chilli: You did trip once, though.

T-Boz: Yeah, I did on Arsenio. That was Lisa’s fault. She would always hit us in the head with awards and stuff!

Chilli: She was so clumsy! Not just awards — the mics, everything!

Ever had to lip sync?

T-Boz: Remember at the Grammys and the mic’s were broke? This was the most God-awful show. We were supposed to sing live, but the mic’s didn’t fit, and it was live so they just pushed us out there with nothing and played the track.

Chilli: In seconds! So we were like, instead of pretending, let’s just go out there with nothing!

T-Boz: And just sing, because it was live so you just do what you had to do. So they just played the track.

Nelly: They did that with Soul Train. Everybody did lip sync on that. I used to think they were lying, but do you see any chords to any microphones? The band wasn’t plugged in, the guitars weren’t plugged in, I was like, oh man!

Chilli: Top Of The Pops, too. Remember that in London?

T-Boz: Yeah, they want you to.

Get tickets to see TLC on tour with Nelly and Flo Rida this summer at LiveNation.com!

TLC Turned Down Real Housewives of Atlanta: “I’d Go To Jail For Real!”