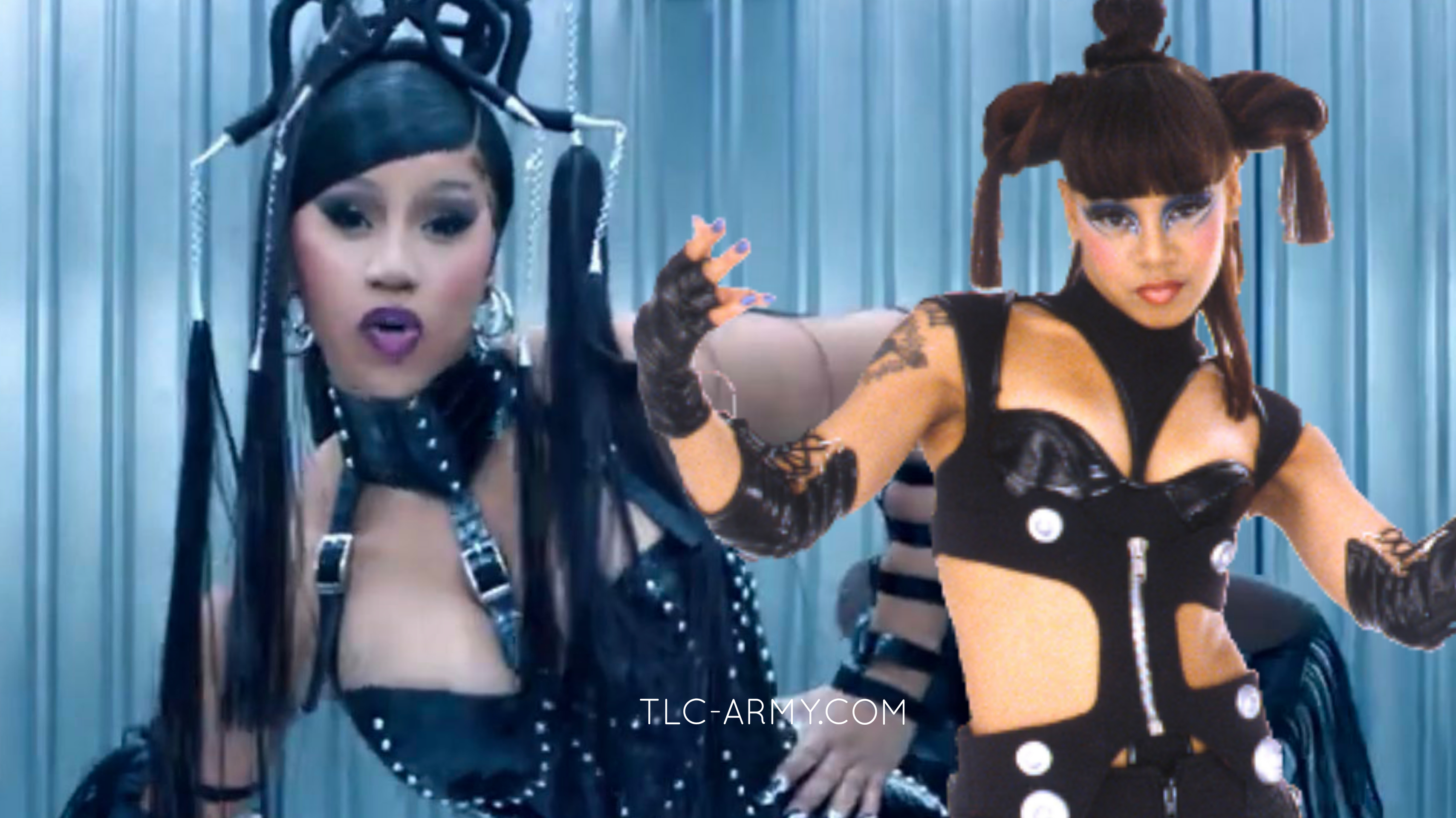 Cardi B returns to dominate the music industry in 2021! Fresh from her record-breaking, tongue-in-cheek “WAP” single featuring Megan Thee Stallion, six months ago in 2020, the ‘certified freak’ returns with another smash in the making, in the form of her new single, “Up“.

The accompanying music video doesn’t disappoint either, showing Cardi’s many creative looks and styles, and she once again pays some not-so-subtle homage to Madonna, Marilyn Monroe and the legendary TLC, most notably Lisa “Left Eye” Lopes in particular.

In this music flick, Cardi is dressed in a black studded leather bodysuit, reminiscent to the look TLC rocked in their 1999 smash music video, “No Scrubs“, complete with a hairstyle that you could only previously imagine Left Eye to be wearing.

Cardi is not shy about her TLC admiration, either. She most recently wore a Left Eye-inspired hairstyle in her “WAP” video, and has worn similar styles to tribute Left Eye at her debut Coachella performance in 2018. TLC are big fans of the “Bodak Yellow” rapper and have both praised and entertained the idea of possibly collaborating with her in the future.

“I don’t usually like to collaborate with females, and the reason why is because of Lisa,” Chilli said. “That is just a little weird for me, personally. But I think with Cardi B, she is an exception to the rule. TLC and Cardi B all day long. We’ve gotten a lot of love from Cardi. It’s really an honor.”

What do you think of Cardi B’s “Up” and her Left Eye tribute? 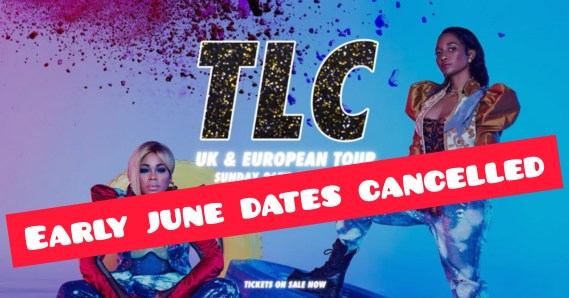