TLC Were Physically Painted Silver For The ‘FanMail’ Album!

TLC Were Physically Painted Silver For The ‘FanMail’ Album!

It has almost been 20 years since the release of TLC‘s 3rd masterpiece, ‘FanMail‘, in February 1999.

The first thing that stood out about the album before hearing any of the music was the eye-catching, stunning, futuristic visuals, which features T-Boz, Left Eye and Chilli each shown with a metallic silver skin tone.

Fans can be forgiven for thinking the silver-skinned effects were digitally enhanced and created with computer trickery on the album cover.

But the reality is, the girls were actually physically painted silver on the Seb Janiak photoshoot in 1998!

Music executive Shanti Das shared an insightful throwback photo on her Instagram of herself onset with TLC, whilst they were in the process of being painted silver for the futuristic look, which set the tone for the album’s pre-millenium feels.

The girls have touched on how the silver painted photoshoot went down in the past, with T-Boz even admitting that the paint made her skin break out!

“We were sprayed silver, I wanted us to look like robots“, T-Boz explains to a fan on Twitter. “It sure was itchy“.

Chilli also gave an insight on her own experiences with being painted silver for the Grammy winning project, stating that ‘FanMail’ is her favorite album cover!

“We we’re covered in silver paint that took months to get all out!” Chilli exclaims. “I was in the shower for 2 hours and still didn’t get it all off“.

The photoshoot remains a fan favorite, so we can only hope the girls felt it was worth the sacrifice for such an iconic and groud breaking visual moment in music history!

‘FanMail‘ ensured TLC continued to be the trendsetters that they always have been in their career. The first to try out new ideas and the results were a success! 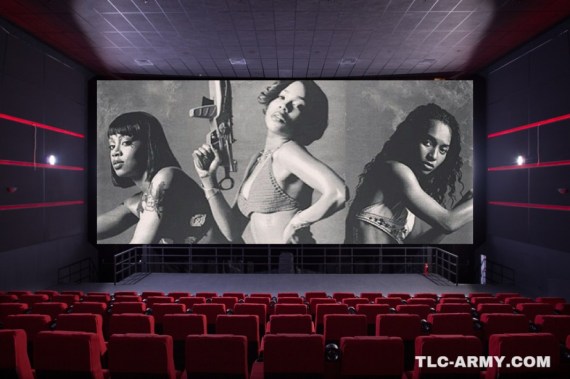 TLC: In The Movies!

TLC shenanigans at the slumber party for Kickstarter backers!