The lead singer of TLC stays working! On the eve of the long awaited TLC album reaching it’s year long milestone, T-Boz announced that she is working on some magic in the studio!

This time it’s on a solo tip! T-Boz revealed that she is working on a new song that will feature on a movie soundtrack very soon!

We all know T-Boz brings the heat when she drops music for soundtracks. In the past she gave us “Touch Myself” for Fled, “My Getaway” for Rugrats in Paris and “Wanna Take Me Back” for Backstage: A Hard Knock Life.

She logged on to her Instagram to go live with her fans while she was in the studio working on music with producer Jovan J Dawkins. The pair decided to give a snippet of the song to the fans — as long as it wasn’t recorded and leaked!

One thing that definitely stood out on the slick production was some very distinct high vocals! T-Boz assured us that those high vocals were her own, and Jovan confirmed it was all T!

“Everytime I do higher notes they think it’s not me!” T-Boz stated. “They’re gonna think it’s a background singer or something. Can you tell them that I can sing high myself?”

“She can sing! She has range” Jovan says. “She actually shocked me and my engineer Larry. She can sing them higher notes“.

Ray ‘Misster Ray’ Cunningham and the Roll Out Show‘s Nikki Pam also stopped by at the studio to show T-Boz some love!

We cannot wait to hear the finished song, it already sounds like a smash in the making! Stay tuned to find out when it will be released! 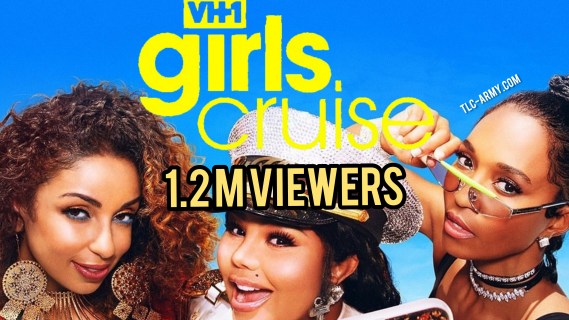 T-Boz To Star In New Season of Growing Up Hip Hop: Atlanta