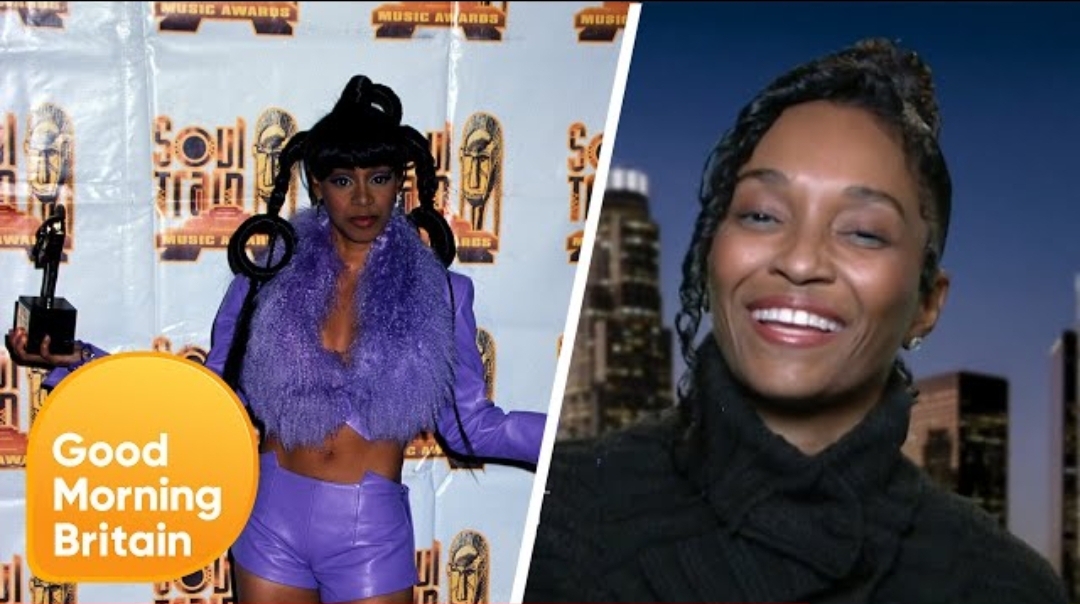 The UK were blessed with a surprise dose of TLC this week!

Chilli made an exclusive and debut appearance on the British breakfast television show, Good Morning Britain, on January 24, 2020 to talk everything TLC and to promote their upcoming show in London this summer on the 25th anniversary of their best-selling album, ‘CrazySexyCool‘.

T-Boz was unable to join her in the interview, which was a live satellite transmission from their studio in Los Angeles, as she had to take her daughter, Chase Rolison, to the hospital. So, Chilli held it down for her sister on her own.

Chilli talked to hosts Ben Shephard and Kate Garraway about everything, from what she thinks about her UK fans and the weather, to how the ground-breaking hit “Waterfalls” was created and continuing the group to honor Left Eye.

She explained how they came up with the iconic dance to accompany the major hit. “It was born from a dance called the Bankhead Bounce, but we had to slow it down for “Waterfalls”, and put a little lean to it”, she told the presenters.

Chilli said it was a blessing that TLC’s music has stood the test of time and continues to sound as fresh today as it was back in the day. “When you’re in the studio working, you hope and you pray that you have timeless music. You don’t know at the time, so only time can tell you. It’s been a lot of years later and people still love the song. I think the lyrical content is what people can relate to and understand, so that helps, too”.

TLC at the MTV Video Music Awards in 1999

When asked about whether they have ever been asked to hire a new 3rd member to replace Left Eye, Chilli reassures us that no member of TLC can ever be replaced, implying that people are finally understanding that fact, after continuing to tour as a duo with T-Boz over the years, keeping Lisa’s legacy alive and never muting her raps.

Chilli was surprised by Kate Garraway questioning her about Left Eye taking a day release from ‘prison’ to record for “CrazySexyCool”.

In 1994, Lisa was sentenced to five years probation at a diversion center after she set fire to her ex-boyfriend Andre Rison‘s trainers and subsequently burned down their home.

Clearly astounded by Kate’s line of questioning, a perplexed Chilli asked: ‘Did you say prison?’

She then asked: ‘Jail?’ before simply laughing at Kate and brushed off the subject completely.

However, she did add: ‘We weren’t able to record at the same time, but she was very much a part of that.’

T-Boz, who saw the interview later on, was also disappointed in Kate’s questioning, and took to her Twitter to make a statement. “It’s quite disappointing that Kate Garraway of Good Morning Britain decided to bait Chilli (who handled it very well) by disrespecting Lisa “Left Eye” Lopes in the midst of spreading false information during an interview.

T-Boz went on to school Kate on the facts of the subject she was trying to refer to during the interview. “Lisa was in a diversion center not “Prison” and that is completely unacceptable. It’s CLEAR Kate didn’t do her homework and stood by her preposterous statement. Sadly, Chilli never got a chance to promote our June 29th upcoming show at the O2 Shepherd’s Bush Empire which was the point of the interview.”

GMB viewers were quick to pick up on the tension, as they took to Twitter to comment on the exchange.

#Ooops! “Did you say prison?” I don’t think Kate was supposed to go there. #GMB’ wrote one viewer.

While another remarked: ‘How to screw up an interview 101. Well done Kate #TLC #GMB.’

With a third tickled person simply adding: ‘That’s a no then.’

Tickets to TLC’s one-off show in London this summer at the O2 Shepherd’s Bush Empire on June 29 are still on sale. Get your tickets HERE