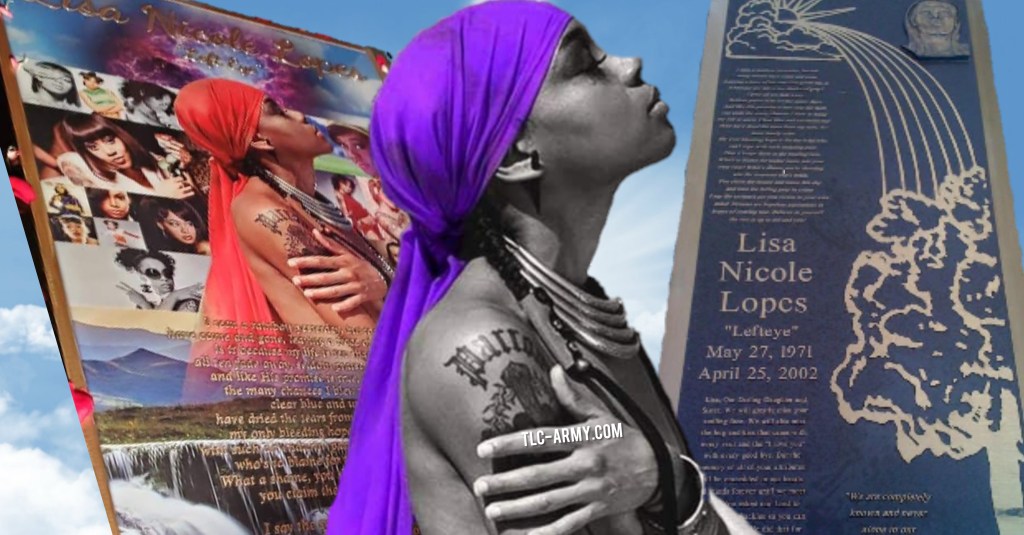 Lisa “Left Eye” Lopes would have celebrated her 50th birthday this week (May 27). Her sister, Reigndrop Lopes, took a moment to touch base with the fans to celebrate Lisa’s milestone birthday!

Just like she did last year for the first time, Reigndrop again decided to celebrate via simultaneous live streams on Instagram and Facebook, where she both offered Q&A sessions with fans and did some trivia questions for fans to win items with Left Eye on it.

Reigndrop revealed that the new one-of-a-kind, 3D-textured headstone, created by Tim Morris aka Tim Cemetery which was announced in 2019, will finally be installed at Lisa’s gravesite at Hillandale Memorial Gardens in Stonecrest, Georgia on May 29.

“The next time you visit the gravesite you will see the new headstone”, Reigndrop announced to the fans. “We are laying it on the 29th”. Tim Cemetery also posted a cryptic message via Facebook on Lisa’s birthday, stating that he was on his way!

“The music that we have left from Lisa, I’m probably going to use it for one of her film and book projects, and I’ll probably release a couple more. But I don’t like messing with and changing Lisa’s music as far as remixing it. I don’t like doing that, because she puts so much of her into the songs on “Supernova”, I kinda just want to leave them alone and use them like that. But, I may do a poetry book with her lyrics.”

Covering a Left Eye rap in a TLC song

“Of course [I would], any time! It would just have to be the right opportunity. I would do that in a heartbeat!”

“I’m working on Lisa’s book. I’m actually working on two books. One book is a memory book, with people’s memories of Lisa. And one is her biography.”

“I’m working on her film which I actually want to be a series. It’s more fitting, because you can’t really fit someone’s entire life story in a 2-hour movie. It’s just not possible. I’ve always thought that, so I want it to be a series. I do not have a release date for it yet, as I am still working with the writer. When I get to the point where I think it’s ready to come out I will let the fans know first. I think I’ll do a documentary with lots of footage and then a series about her life”.

“My family own Lisa’s masters, so you don’t have to go to anyone else to ask them to put it out on streaming. We’re working on it, we’re working on a lot of other stuff, so just be patient. Timing is everything, it’s going to come out when it’s supposed to come out. Just know that your voices are being heard and we’re working on it. A lot of things are happening at the same time which is overwhelming, so we have to pace it out. But it will be out, I promise”.

That was so long ago! I don’t really remember because when TLC first came out I wasn’t aware of how big the group was, I just saw them as my sisters friends, until TLC became more established I realised how big they were. But yeah, they were like my big sisters. They will always be family”.

“I’m okay with it but how do you guys feel about a Left Eye hologram? I think it would be dope! I’m definitely for it.”

Keep up with the latest on Reigndrop Lopes on Instragram.

Do you want to see a Left Eye hologram? 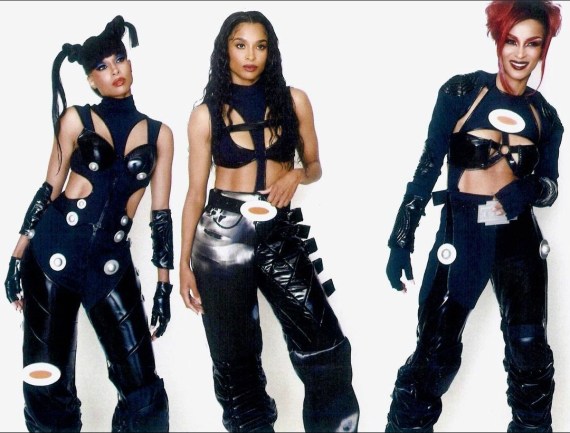