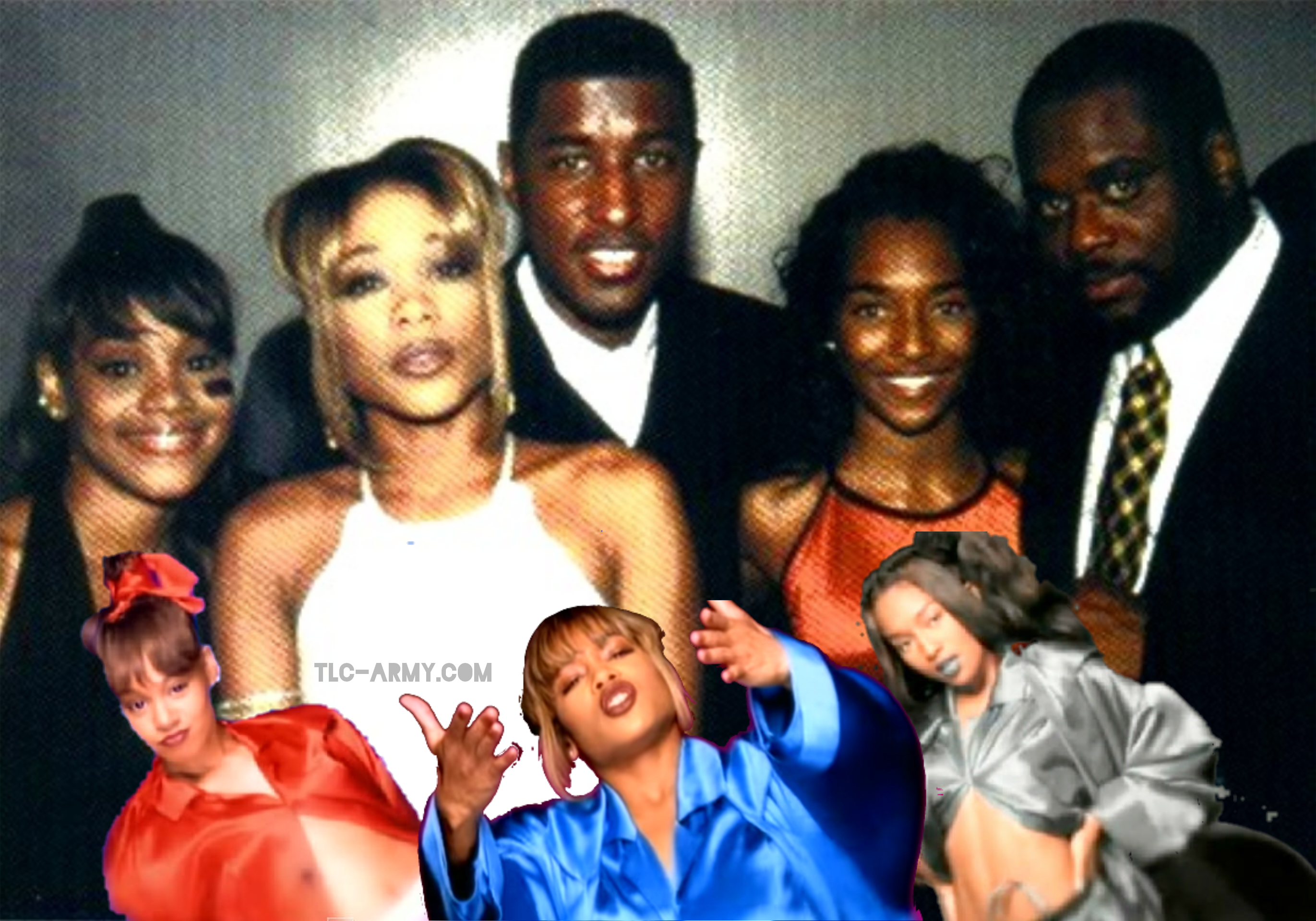 The Atlanta-based LaFace Records had high hopes for their supergroup TLC after the multi-platinum success of their debut album, ‘Ooooooohhh… on the TLC tip‘ in 1992 and were keen to surpass the sales with the follow-up release, 1994’s ‘CrazySexyCool‘.

That diamond-certified album was led by the single that blessed the group with their first Billboard #1 single, “Creep“. However, the LaFace Records label head Antonio “L.A.” Reid was very close to not going ahead with the track as a single at all, after a few subpar attempts at funding a music video to bring the single to life.

The first music video for “Creep” that Reid commissioned in 1994 was directed by Craig Henry (responsible for directing “Flavor In Ya Ear” by Craig Mack) and was shot on location in Atlanta. Not feeling satisfied with the outcome of the video he went ahead and hired Lionel C. Martin to shoot the second attempt in Los Angeles. Martin had previously directed TLC videos including the debut single, “Ain’t 2 Proud 2 Beg“, it’s follow-up, “What About Your Friends?“, and “Get It Up” from the Janet Jackson movie soundtrack, ‘Poetic Justice‘ in 1993.

After spending so much money on two music videos that didn’t do the single very much justice, Reid turned to his friend Sean “Diddy” Combs for some advice. Speaking with the Questlove Supreme podcast earlier this week, Reid admitted he was ready to pull the plug on the single release of “Creep” after feeling ’embarrassed’ about his failed attempts at securing a successful music video.

“We shot a video for “Creep” — it wasn’t very good. I was like, ‘damn’. So, we shot a second video for “Creep”, again wasn’t very good, so I was like, ‘fu*k, now I’m in trouble”, Reid reveals. “We shot two videos and they weren’t good and the world never saw them. I was embarrassed so I switched singles. “Creep” is no longer the single, so we’re gonna go with this song called “Kick Your Game” that Jermaine Dupri did”.

Clive Davis, head of Arista Records and parent company to LaFace Records put his foot down after hearing Reid’s plan to change singles. “Hold it, hold it hold it! Why are you changing singles? What is this? What is behind this, you have to explain!” Dallas Austin, the producer of “Creep” was also unhappy with Reid not wanting to release his track as the first single. “He knew he had a great record, so I had to come clean”, Reid admits. “Well, truth be told, I made two horrible videos and I’m just too embarrassed to tell everybody. Clive just said, ‘get it right’.”

“So, I’m sitting with Diddy one day at the Helmsley Palace Hotel in New York, and I play him the TLC video that’s not good. He looks at me like, ‘oh my God, yo, this is horrible’, which does not make me feel any better about it”, Reid continues. “While I’m showing him the video on one television, on the other television was a video with Salt ‘N Pepa and En Vogue called “Whatta Man“, and it looks way better that our video. I looked at the video and said, ‘Who directed that?!’ It was Matthew Rolston. I called Matthew and asked him to do the “Creep” video — we got it right the third time. But we threw two videos away to get to the good one”.

When he was questioned if TLC had to pay back the costs for all of the music videos shot for “Creep”, Reid coyly responded. “Let’s look at it like this, we sell ten million albums — if you want the truth, I don’t know! That’s how I got my ass in trouble, because I didn’t know”, he admits. “I’m so good trying to make a great record, trying to get a great video, I’m spending people’s money and not realising it”.

While TLC held down the girl group side of the label, Outkast were the Kings of LaFace Records. Reid admits that hip-hop wasn’t his territory, so he put his faith in his artists like Outkast and Goodie Mob and what they brought to the table with guidance from Rico Wade of Organized Noize. When Outkast reached multi-platinum success with the ‘Stankonia‘ album, their working partnership became distanced before the next multi-platinum album was released, 2003’s ‘Speakerboxxx/The Love Below‘, which was a combination of two solo albums by the Outkast members, Big Boi and Andre 3000.

Similarities to this project were notable to the TLC solo album challenge that Lisa “Left Eye” Lopes had proposed to her group members Tionne “T-Boz” Watkins and Rozonda “Chilli” Thomas late in 1999, when Lopes felt her talent was not being utilised in the group the way she had wanted, so she wanted to present herself more freely with a solo project. Although her TLC sisters rejected the idea, Lopes continued her solo journey with the release of her debut solo album, ‘Supernova‘ in 2001, a project Reid admits he wasn’t blown away by.

Reid stated that the TLC solo challenge didn’t get very far as the group were stronger together as a unit. “T-Boz had made a couple of solo songs [“Touch Myself” (1996) and “My Getaway” (2000)], and it was pretty clear to me that it was the ensemble that was the magic”, Reid admits. “I love T-Boz — I love them all but I have a particular love for her style, that raspy voice, she was the only girl I’ve seen approach it like a guy — I just thought she was so dope. But it was the ensemble that was the winner there. Lisa made a solo album before she passed away — may she rest in peace, I miss her so much.”

“She made a solo album — I wasn’t blown away by it. I didn’t think it was incredible at all. It was the kind of music that — I should have loved it if it were good”, Reid states his thoughts on the ‘Supernova’ project. “It wasn’t something that was outside of my thing. The way I describe Goodie Mob as outside of my thing, so I have to defer to them. [‘Supernova’] wasn’t outside of my sweet spot, I just didn’t think it was great. Chilli didn’t actually try to make a solo record as far as I can remember until many, many years later. So that [solo challenge] didn’t get very far”.

Despite Reid’s dissatisfaction in the Lopes solo project, he released the album overseas in the UK, Australia and Japan. On Lisa’s birthday May 27, 2022, her youngest sister Reigndrop Lopes announced that the Lopes family were aiming to release the ‘Supernova’ album to streaming platforms on August 16 as Lisa had originally wanted.

Reid reveals the secret to how he brought out the best of each of the producers for the ‘CrazySexyCool’ album and that he took a step back from music production to focus on the business side of the label whilst his LaFace partner Kenny “Babyface” Edmonds continued with the writing and production side.

“I had all of the producers on ‘CrazySexyCool’ competing and they didn’t really know it. I had Dallas working on it first, he was the architect, then I go and play it for Jermaine Dupri and go, ‘I know you can beat this’, then he did his piece”, Reid admits. “Then Kenny is competitive. You don’t need to put a battery in Kenny’s back, he’s so competitive so he sent his songs in. And then, I went to Rico Wade last and said, ‘here’s what everybody else gave me, what you got?’

“And he came up with “Waterfalls“.

Would you have liked a TLC triple solo album? Did you like the early “Creep” videos? 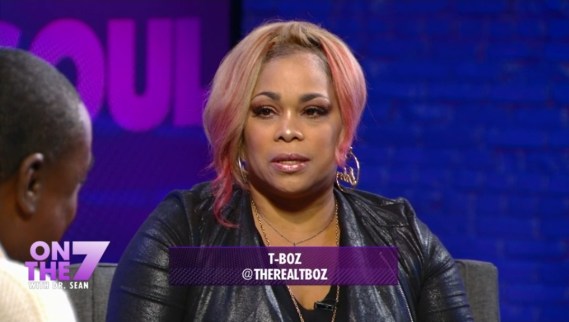 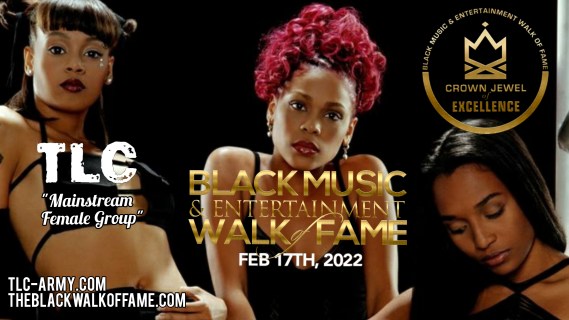 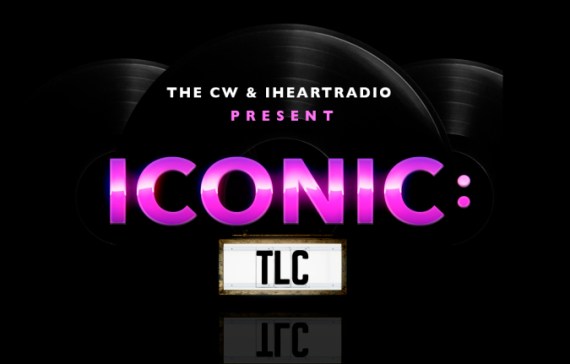