Chilli took time out to talk to Ray Cornelius about her delight in playing the role of Zora Neale Hurston in the Thurgood Marshall biopic, ‘Marshall‘, which is out now in theaters.

She also touched on the importance of Black History Month, the upcoming TLC World Tour next year and her hopes to secure a Vegas residency!

TLC on the ‘I Love The 90s: The Party Continues’ tour

“We just recently switched agencies, we’re with ICM now. We’re really excited to be there. Our goal is to secure a residency in Las Vegas, so that’s what we really want. It’s a dream of ours to be there. We’re in talks and the feedback has been really great, so we just have to make sure that we’re in the right place.”

“It was so much fun on set that day. Getting to put those clothes on. Time period pieces are so much fun anyway, because they dress so much better than we dress today. I was so excited, but I think my mom was more excited than I was! That was her girl. Anytime Reginald Hudlin calls you to do whatever, you just say yes. He is so amazing.”

“The director told me when we shot that, he was like ‘I’m telling you, this is going to be on for the next 30 plus years’, and he was not lying! Every Christmas holiday it comes on.”

“I don’t think it should just be one month. I think you should learn about your history, period. It shouldn’t be just one particular month carved out, and the shortest month of the year to find out about all these greats that paved the way for all of us.”

“Thurgood really kicked down doors in our justice department. To be that smart at such a time when a black man having an education, talking about changing laws, defending innocent people and having the knowledge to stand up in a court room opposite white lawyers, he knew the system. It teaches people you have to know your history. It’s such an important piece that I hope everybody goes and watches. Not just people of color, everybody needs to see it and learn from it.” 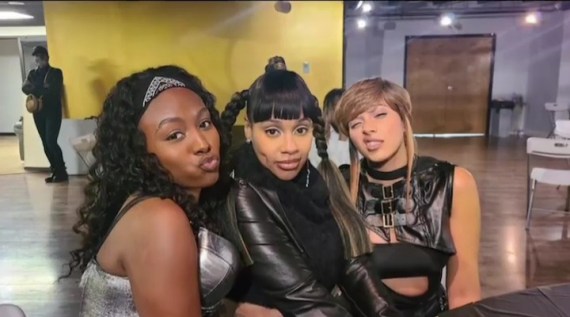