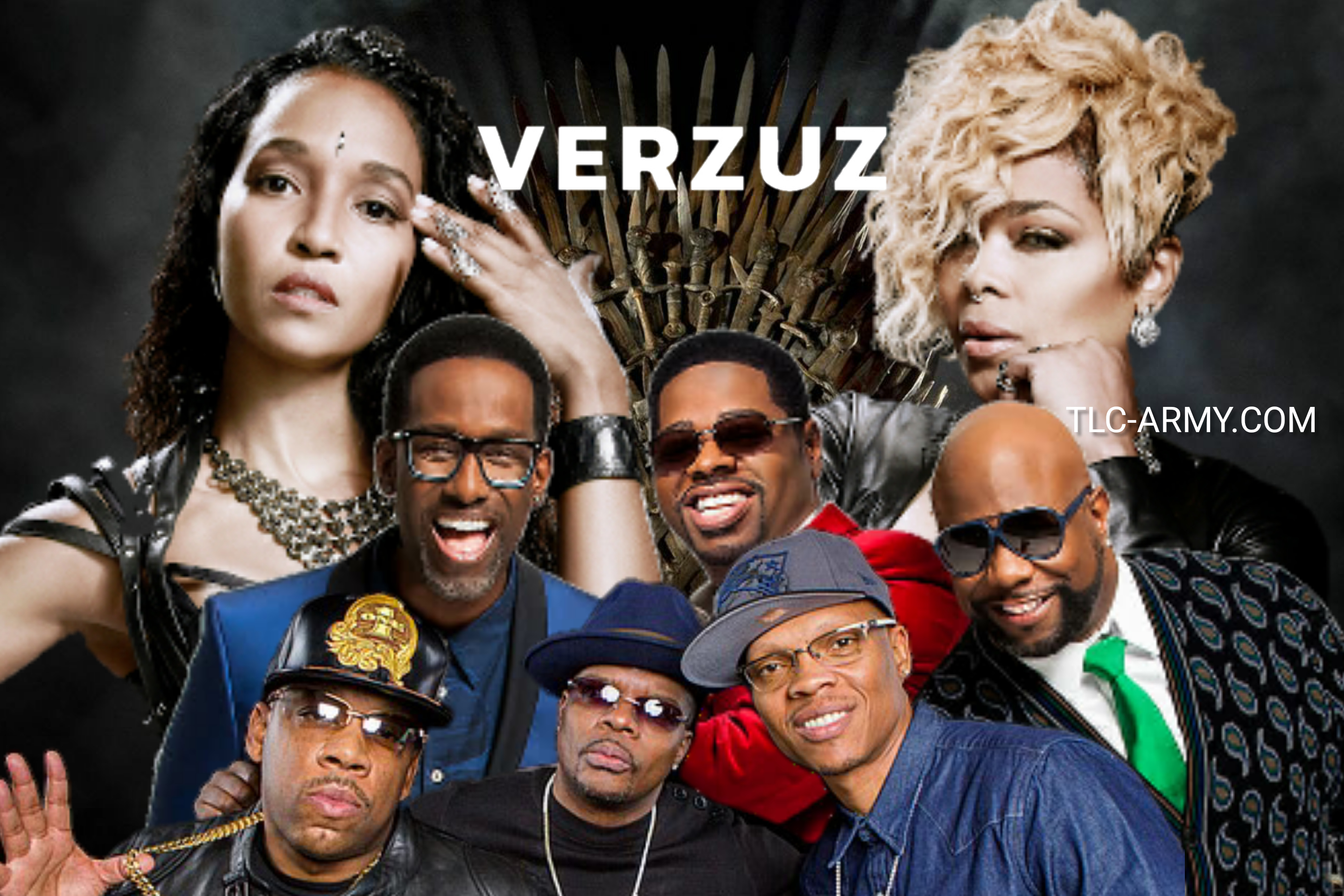 TLC are the epitome of girl power! So much so, that they never see other female groups as competition and always give props to their peers. Instead, they would rather go head-to-head with male groups like Boyz II Men, who were just as successful as TLC at the peak of their careers in the 90’s.

TLC would playfully rival Boyz II Men with their succeses, trying to outdo each others’ record sales. To this date, they both have the same amount of top ten Billboard hits and number one singles. When it came to the groups like SWV, En Vogue and Xscape, TLC had nothing but support and respect for them.

Tionne “T-Boz” Watkins and Rozonda “Chilli” Thomas were special guests on T.I‘s hit podcast ‘ExpediTIously‘ (recorded back in April shortly after Tionne’s 50th Birthday when the COVID-19 lockdown began) airing on August 13, 2020 to set the record straight on a number of things — one thing specifically being to clear up a misconception that his previous guest Jermaine Dupri put out, stating that he was the reason T-Boz got her iconic low register singing style.

“The reason why it’s important for me to say something, as a black woman in this industry — for both of us to not sleep our way up, suck our way up, and for me to do this off of my talent”, Tionne states regarding her statement. “Certain accolades that you’ve worked hard for, you can’t let people take that from you”.

“The other day when JD was on your show — some things were very inaccurate. It was like a revision of history — that’s when somebody changes what happened in the past and makes it different. I have proof, facts are facts.” Tionne goes on to state that she appreciates what Jermaine did for her, but she wants to set the record straight on how she started her deep singing style, auditioning for Ian Burke and Rico Wade before Jermaine had ever heard her sing.

“When I first met Lisa in Second Nature, Rico and Ian came to my house because a girl named Crystal wanted to start a group”, Tionne says. “Lisa stayed out in the car, so I hadn’t met her yet (she was QT at the time). When they came in I did my dance, my ATL thing.” She sang the 1987 hit song “Still A Thrill” by Jody Watley, which also helped her know she can sing deep, and 1990’s “Wanna Get With U” by Guy. “I was rocking the low notes since I was 17 years old”.

Jermaine hearing T-Boz singing deep led him to place her on demo’s for his upcoming group at the time, Kris Kross. Tionne praised JD for helping her feel comfortable singing low after producing her first demo, “I Got It Goin’ On“, and not fearing being called gay for singing deep.

“I came out [with TLC] and they thought I was gay anyway because of the way I was dressed, but back then I didn’t wanna fight a fight that wasn’t mine, but my mom said it doesn’t matter what people think, as long as you and God know”, Tionne says. “So JD did have a good idea to just keep it as my thing. He made me feel confident doing something that I was already doing and it turned out to be great for us”.

After this week’s highly anticipated Verzuz episode with Brandy vs Monica, is the world any closer to receiving a TLC Verzuz episode? Musicians like SWV and Xscape have offered to go up against TLC in a Verzuz battle, but TLC have other plans for the suggestions. “People compare us to other girl groups just because we’re girls, but I think we’re all different”, Tionne states. “In my opinion, we never like to be compared to females — there’s no competition, we support each other”, Chilli adds. “We felt our competition was more with boy bands, so I’d say maybe TLC against Boyz II Men or something”.

T-Boz reminds us that they have always shared love with the females, by adding Christina Aguilera, Destiny’s Child and Blaque as openers to the FanMail tour in 2000. “We were never in competition with them”, she insists. As for the Boyz II Men Verzuz, T-Boz had this to say to them, “We’re calling you out, come get some! Let’s go, Verzuz!”

Chilli: We have a lot of TV stuff we’re working on behind the scenes. Sadly, we’re supposed to be on the road right now. The tours are all cancelled until next year. Hopefully they find a vaccine soon or something.

Chilli: I get the flu shot every year, I don’t play! I’m not opposed to a vaccine, I just don’t want to be the first to take it! I’ll wait a while. Get oregano oil and cod liver oil [to boost your immune system]. Regardless of the news, they do not understand this stuff. When I go to the grocery store, masked up and keeping my distance —

Chilli: A couple of people I’ve had to tell to get back. But even kids with nothing on, it doesn’t have to be a professional mask. We need to take this seriously. Boost your immune system and stay safe.

T-Boz: Lisa was always the rapper. But we did a [rap] song on the first album.

Chilli: Marley Marl! Do you remember him, the producer? We did a song with him, and said you should all rap. I was shaking in my boots!

T-Boz: I sounded like a man! I sound manly as hell! I know why they thought I was gay now, they were coming for me!

Chilli: I was very proud of my rap, I was so excited, it came out good. Lisa told me that she was proud of me. That’s the only time that happened. Everybody came in the group already doing their thing. Lisa was a rapper, she doesn’t sing. That’s the special thing about this group, we were like three solo artists put together, and it just works. That’s our formula. We respect each others lanes.

Beating SWV to be called TLC

T-Boz: What’s funny is SWV were TLC at first [Taj, Lelee, Coko]. But they didn’t legally lock it in, so Pebbles got it. So they became Sisters With Voices.

Chilli: That was the name of their group, yes. It was like whoever came out first. We just happened to beat them to the punch with that one.

What are your thoughts on TLC Verzuz with Boyz II Men or BBD?

Chilli Wants Fans To Suggest The Next TLC Single From New Album! 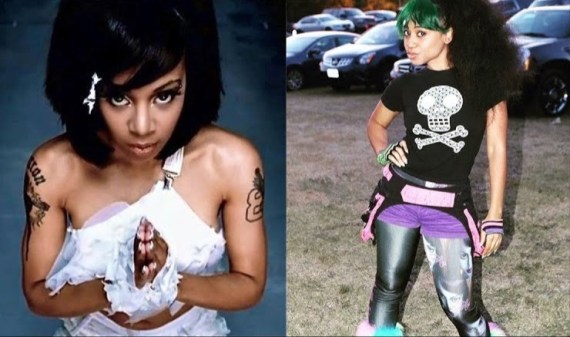