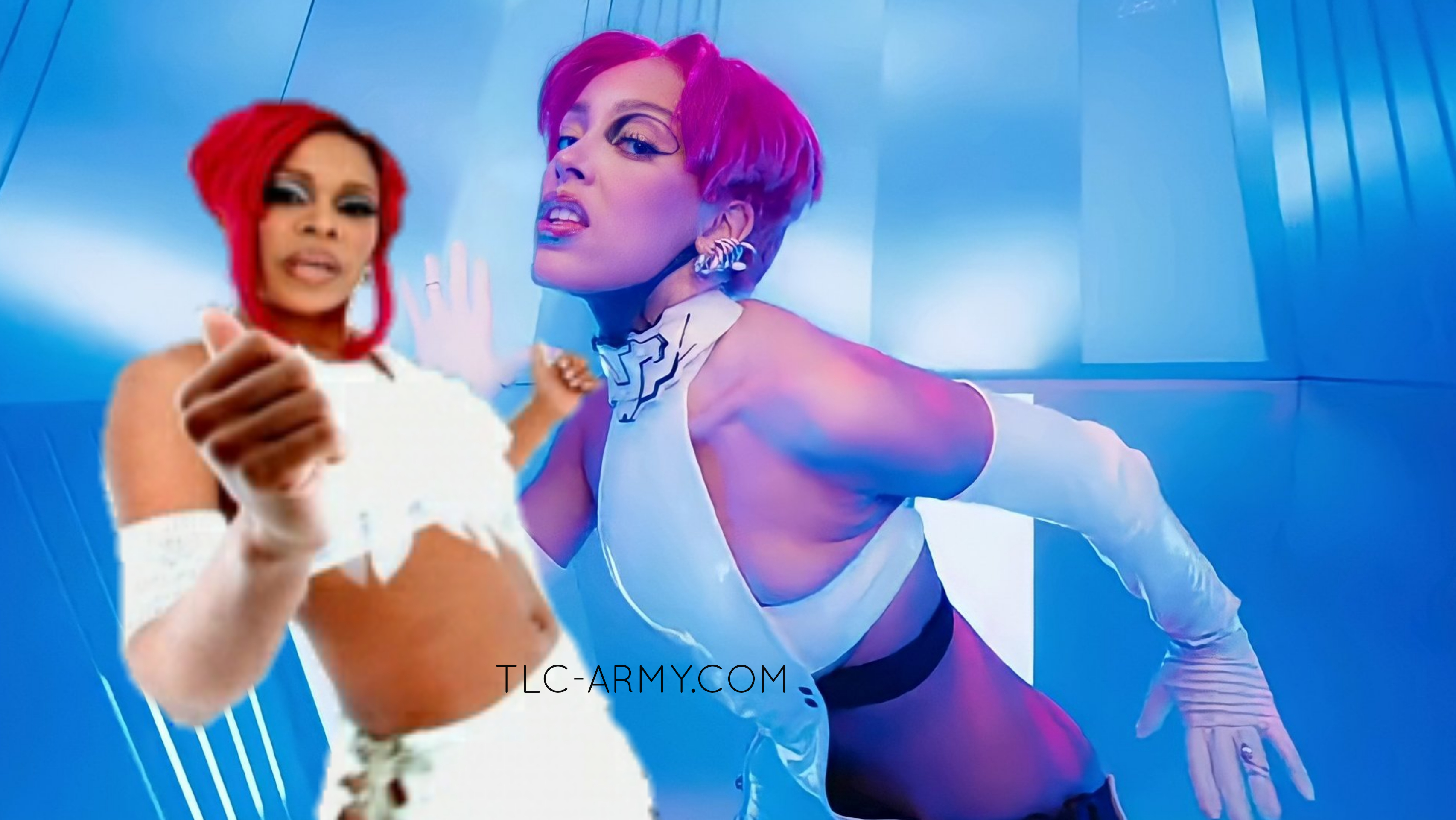 Doja Cat has seemingly paid some homage to the legendary TLC in the latest single to be lifted from her third studio album, ‘Planet Her‘. “Get Into It (Yuh)” went viral on TikTok, so Doja Cat finally released the music video on January 31, 2022.

In the intergalactic music video, directed by Mike Diva, Doja Cat is on a mission to rescue her pet cat and takes on some aliens! The video also features a cameo by the producer of the track, Y2K.

One of the scenes in the video has a striking resemblance to the iconic 1999 “No Scrubs” video, the lead single from TLC’s ‘FanMail‘ album. The futuristic elements of Doja Cat’s video match the TLC classic, as well as her hair and make-up, resembling T-Boz‘s look in the video.

Doja Cat’s hairstylist Jared Henderson seemed to confirm the comparisons to T-Boz when a fan mentioned to him that Doja Cat’s pink hairdo was giving him T-Boz vibes, and Jared pinned the comment on his post. Doja Cat’s make-up was done by Ernesto Casillas.

Doja Cat fans were quick to highlight the homage Doja Cat was paying to the trendsetters TLC, and they all approved of the music video.

Some fans even feel that Doja Cat’s moves are similar to the moves Left Eye does during the scenes when she performs her rap.

I love how Doja referenced T-Boz’s iconic look from No Scrubs in the Get Into It (Yuh) MV. My favorite scene🔥🔥🔥🔥 pic.twitter.com/J17H0x56HT

Check out the “Get Into It (Yuh)” video: 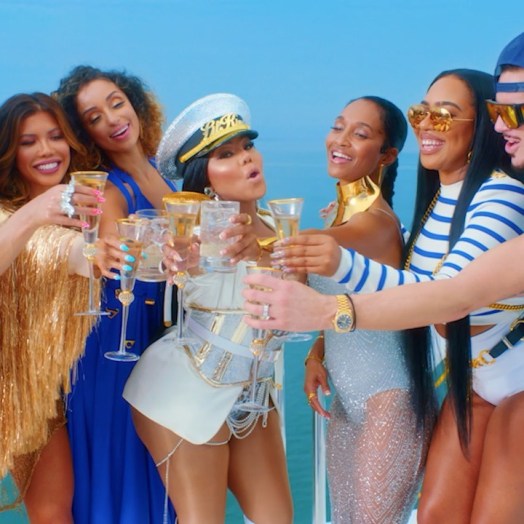